Find Values for Most Items in Minutes 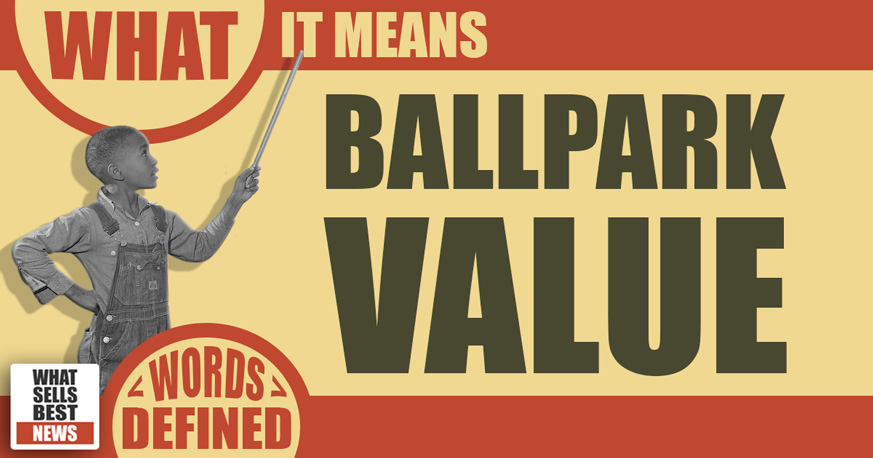 BALLPARK VALUES - Are an approximate value, based on probable prices buyers are willing to pay. For example:

"Ballpark figures are used everywhere in the business world. But they should be treated as nothing more than estimates; they are not hard numbers."

When it comes to buying and selling rare items, it's important to remember that the prices can vary widely. Sometimes, these prices can even be more unpredictable than cryptocurrency. That's why it's a good idea to work with a specialist who can give you a rough estimate of what an item is worth. This estimate is called a "ballpark value."

You can do your own research to find a ballpark value, but keep in mind that it's just an estimate. It's not an exact number. And it's always a good idea to get a second opinion from a reputable specialist. They can give you a more accurate idea of what an item is worth. And, by the way, many specialists offer free appraisals, so it's worth asking around.

5-STEPS > Find Ballpark Values and Selling Venues for Most Items in Minutes.