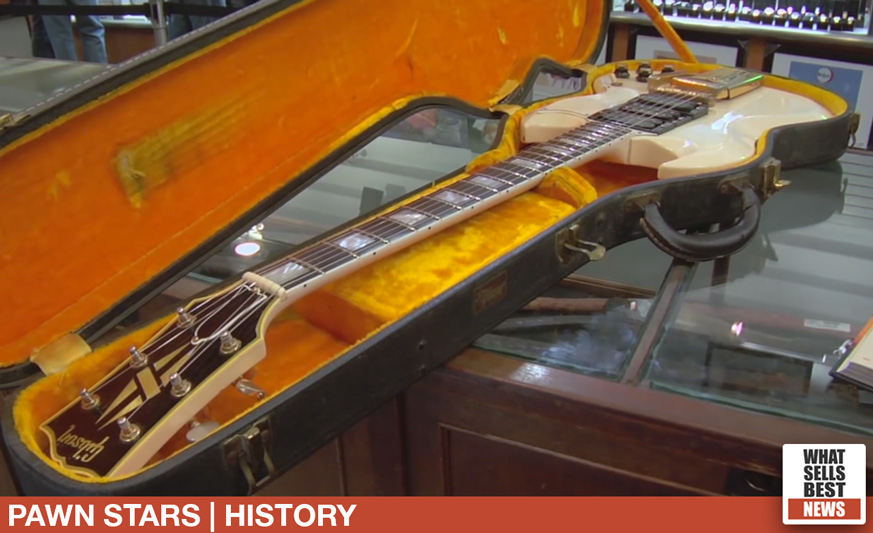 LAS VEGAS  – A Gibson Les Paul SG Custom Guitar, featured in an episode of History Channel's 'Pawn Stars' was bought for $90,000 by Rick Harrison on Pawn Stars, then sold for $110,000 on eBay.

Shortly after the episode, airing the $90k purchase from Mary Ford's nephew, the Guitar appeared on eBay where it fetched $110,000.

The Guitar, a 1961 Gibson 'SG', was owned Les Paul's ex-wife Mary Ford, and was sold with a number of Les Paul's personal items.

According to the Gold & Silver Pawn Shop (Pawn Stars) eBay listing; "Les is told not to sign a contract with Gibson" in a letter which is included in the auction lot.

The letter was historically significant because the advice could have dramatically altered the fortunes of both Paul and Gibson, if it had been followed.