The book, a rare 1953 first (English) edition of Casino Royal had its its dust jacket still intact and appeared to be in very-good condition. 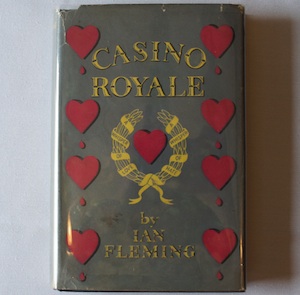 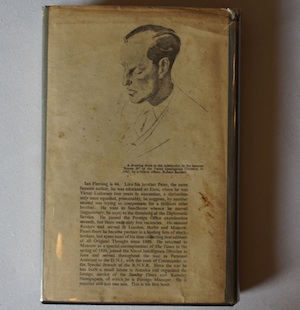 This particular book was Ian Fleming's first... which he reportedly wrote in 1952 to distract himself from his forthcoming wedding to his pregnant girlfriend.

Fleming's early books are credited for launching one of the most iconic fictional character's in popular culture (James Bond). Because of this, there's a huge demand for Bond memorabilia from a large base of collectors and fans, worldwide.

Casino Royale was first released on 13 April 1953 in the UK as a hardcover edition by publishers Jonathan Cape.

The initial run, had only 4,728 copies printed, and the book sold out in less than a month. With the second an third print-runs also selling-out in a month.

Add sixty-years... and it's a rare event to find a copy of this book in good condition with its dust-jacket intact.

How 'Bond' got his Name

Reportedly in a 1962 interview in The New Yorker, Fleming explained that: "When I wrote the first one in 1953, I wanted Bond to be an extremely dull, uninteresting man to whom things happened; I wanted him to be a blunt instrument...when I was casting around for a name for my protagonist I thought by God, (James Bond) is the dullest name I ever heard."

Video: How Bond was named, as told by Ian Fleming - 1 minute (Source: Youtube)