124-Years-Old and they Still Look Brand-New 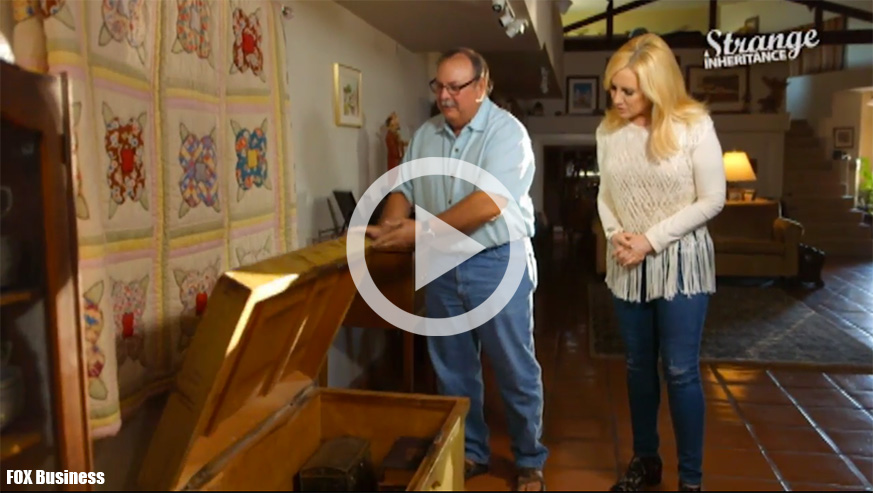 TUCSON, ARIZONA (VIDEO) – Fox Business is reporting, a rare pair of 124-year-old Levi's have been discovered in an antique cedar chest. The jeans, reportedly in mint unworn condition, may be worth up to $100,000 - according to some reports.

The vintage jeans were found in an antique trunk by Jock Taylor, the great-great grandson of Soloman Warner, an Arizona pioneer. The trunk, thought to be Warner's, had been passed from generation to generation by Taylor’s family before ending up in his possession.

One of a Kind

The size 44 jeans, dated to 1893, look brand-new and unworn. They are believed to have belonged to Warner. The connection is likely due to the jeans 37-inch length and Warner's 6-foot-6 height. At 124-years-old, the Levi’s may be the oldest unworn pair in existence.

Reportedly, Taylor has declined an offer from Levi's to purchase the jeans for $50,000 - and is hoping to get a better offer after hearing of a pair fetching six-figures.

According to Brit Eaton, a vintage denim collector interviewed by Fox Business, six-figures may be challenging. “Size really does matter,” says Eaton. Eaton makes a good point, by indicating if the jeans don't fit high-end collectors buying to wear, the field of competitive bidders may be smaller.

However, auctioneer Daniel Buck Soules who examined the jeans. Indicates collectors may be more excited by the rarity and historical significance of owning the oldest known vintage Levi's in mint unworn condition. A Daily Mail article appears to support this idea by saying; "they could be worth a small fortune stretching into six-figures."

Time will tell... and either way, it's an extraordinarily exciting find.

The Levi's find will be highlighted Monday, April 3, at 9:30 p.m. on Fox Business Network’s “Strange Inheritance.”