Rolled-up and left in a poster tube... for 40 years 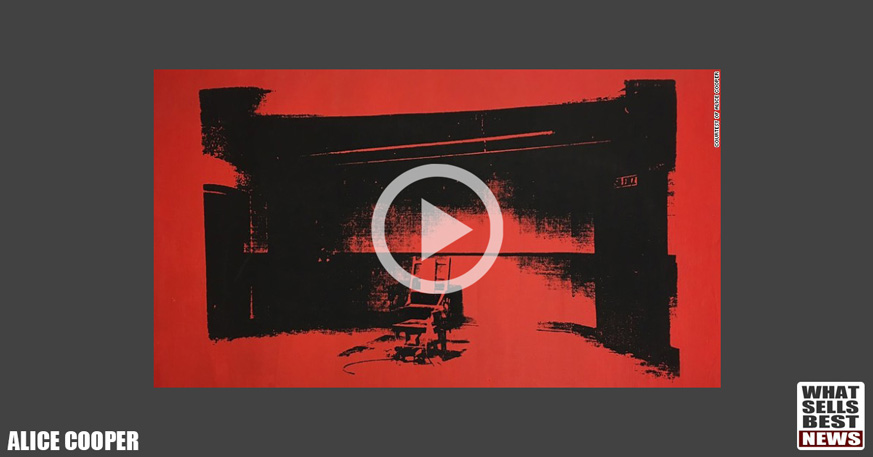 LOS ANGELES (VIDEO) – United News International reports, an Andy Warhol artwork found in a storage unit, rolled up in a poster tube, and forgotten by rock star Alice Cooper for 40 years, may be worth millions.

The Guardian reports, in the 1970s, Cooper's manager, Shep Gordon, was asked to purchase a Warhol on behalf of Cindy Lang for about $2,500. Lang, Cooper's girlfriend at the time, wanted it for his birthday.

Fast forward 40 years, and Gordon (still Cooper's manager), is having dinner with an art dealer friend, who mentions a Warhol had sold for a substantial amount of money. Then, Gordon remembers Cooper's Warhol.

Gordon called Cooper to find out if he still had the Warhol. Cooper thought it was long gone, but wasn't one-hundred-percent certain. A search was launched, and months later it was located in a storage facility.

Cooper, a serious rock'n roll partier at the time, didn't recall how it happened. But somehow, the canvas silkscreen entitled 'Electric Chair' had ended up at a storage unit, inside a poster tube, next to some of the bands old 1970s stage props.

Many estimate the value of Cooper's Warhol in the millions. That may not be far off based on other sales.

Cooper's Warhol, authenticated by Richard Polsky, is unsigned. That may play a role in its value. However, it doesn't appear to be going to auction anytime soon. Reportedly, Cooper plans to keep it in his home for awhile.