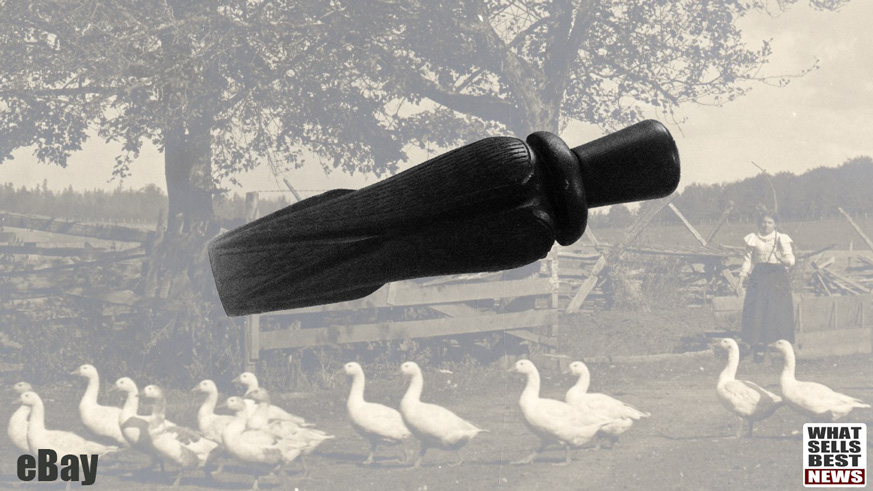 Photo of the eBay Duck Call.

In an email exchange with Peoples' Emporium Antiques, the eBay seller. They stated the Duck Call had been acquired by the owner of the antiques mall, 20-years ago. He was uncertain whether he had picked it up at a local garage sale, or received it as a gift.

The call, unmarked and listed with a starting price of $24.99, immediately captured the attention of serious collectors. Receiving 60 bids from 21 bidders over ten days. According to the seller, many believe the call could be attributed to a master carver.

"We are not going to attach a name to this item because it has no maker mark, but numerous people say it was made by master carver Virgil Fryman, who originally lived in Arkansas, and moved to Hoquiam, WA. He died in 1976 and is buried in the old COUNTY section of our cemetery (Sunset Memorial Park) row 13, plot 14."

The Duck Call was far from breaking the world record of $103,500 (with buyer's premium) set at Guyette, Schmidt & Deeter in the Summer of 2012. Nonetheless, the price was impressive.

Correction: In an earlier version of this story, we incorrectly stated the call had 'recently' been found at a garage sale. The owner states; "(it) could have been a gift, or something he got at a local garage sale back in the day." They weren't certain.