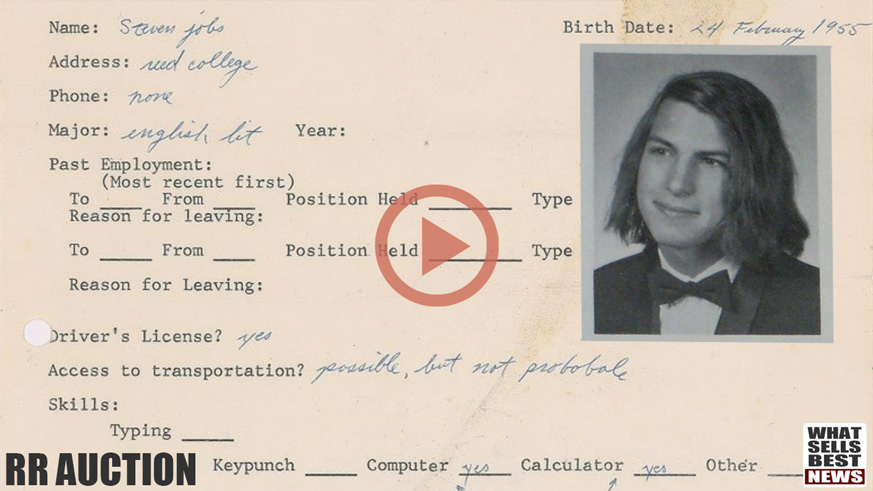 The one page application (8.5 x 11-inches), filled out in Jobs own handwriting, reflects his early aspirations in technology and design.

First he wrote "yes" next to 'Computer' and 'Calculator,' to select his skills. Then he described his 'Special Abilities' as "electronics tech or design engineer. digital."

Those very same skills and abilities would later help Jobs co-found Apple with Steve Wozniak, which revolutionized an industry.

1981 interview with Steve Jobs on the Home Computer Revolution.

Reportedly, a bidding war broke out between wealthy tech collectors, rocketing the price to $174,000 by auctions end. More than tripling the $50,000 estimate.

The auction was handled by RR Auction. Steve Jobs application (Item 5002) was the top item sold that day.

APPLE TECH AS A COLLECTIBLE

Some of the rarest Apple collectibles have fluctuated in price over the last 7-years. Nonetheless, they have continued to bring serious prices.