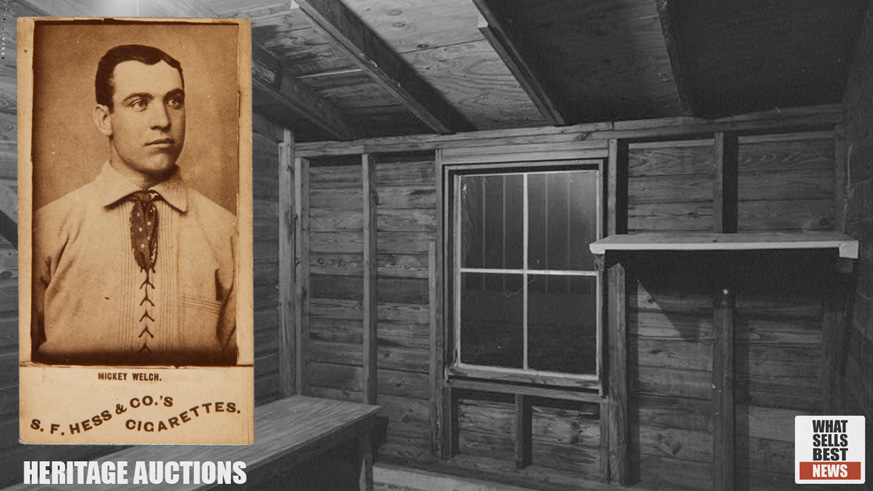 ONLINE - Heritage Auctions reports, a 19th-century Baseball Card discovered in an attic, has fetched $38,400. However, that's just one part of an amazing story.

In an article for Forbes, David Seideman reports the card was originally, and unknowingly, discovered in Hartford Connecticut in 1987. That's when a contractor named Bob, found a small wooden box in the attic of a home he had purchased.

After looking through the top layer of cards, the box appeared to be filled with trading cards featuring obscure 19th-century stage stars. Bob didn't think the cards had much value, so he put the box in his basement. Apparently, waiting for a better time to take a second look.

30-years later, he took another look. That's when he found a treasure trove of Baseball Cards had been waiting for him, at the bottom of the box. The cards, all 19th-century players, reportedly had a combined value of $70,000. However, one card in particular stood out.

The card, an 1888 Mickey Welch was manufactured by the S.F. Hess Tobacco Company, who slipped Baseball Cards into cigarette packs for promotions.

Michael “Mickey” Welch (1859 – 1941) was the third pitcher in baseball history to reach 300 wins. A feat that led to his induction to the Baseball Hall of Fame.

According to Heritage Auctions description, the card (graded SGC 40 VG 3) "is one of less than a handful of known examples" they know of.

While the financial gain isn't as high as some of the recent Baseball Card treasures we’ve tracked. The story is priceless, and it certainly made for a good year for Bob.

Fine details can make a big difference in Baseball Card prices. If you think you've found something special, you should check with several of the experts listed on our free appraisals page.