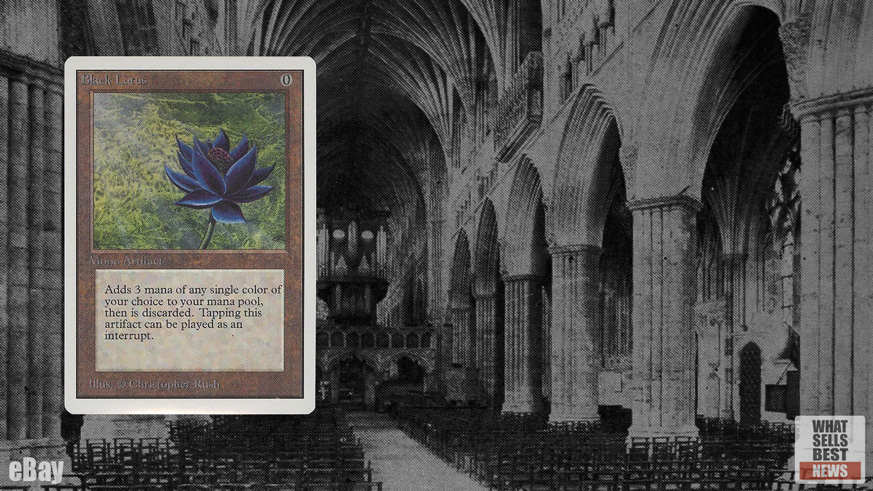 The card was graded 10 Pristine by Beckett.
June 5, 2018
By James Massey, What Sells Best News

MTG Black Lotus cards are highly sought by collectors. The card is considered to be the most valuable of the MTG cards released. The MTG Alpha version had a limited print run of 1,100 making it extremely rare.

Condition plays a huge role in values. The seller, a specialist in trading cards. Described the card (graded 10 Pristine by Beckett) in their auction listing, as being the best they had ever seen.

PWCC Auctions sold the card. They are a well-known sports and game card consignment seller based in Lake Oswego, Oregon. Since 1998, they have accumulated over 150,000 positive feedback ratings on eBay.

RESEARCH SOLD PRICES - This can give you a general understanding of current market values, or the highest amounts people may have recently paid for a particular MTG card (note: some links will open on eBay, and may not work with mobile devices).

MONITOR BID PRICES - Another way to monitor the price strength of MTG Cards, is to keep an eye on the highest bid items in eBay's Trading Card category.