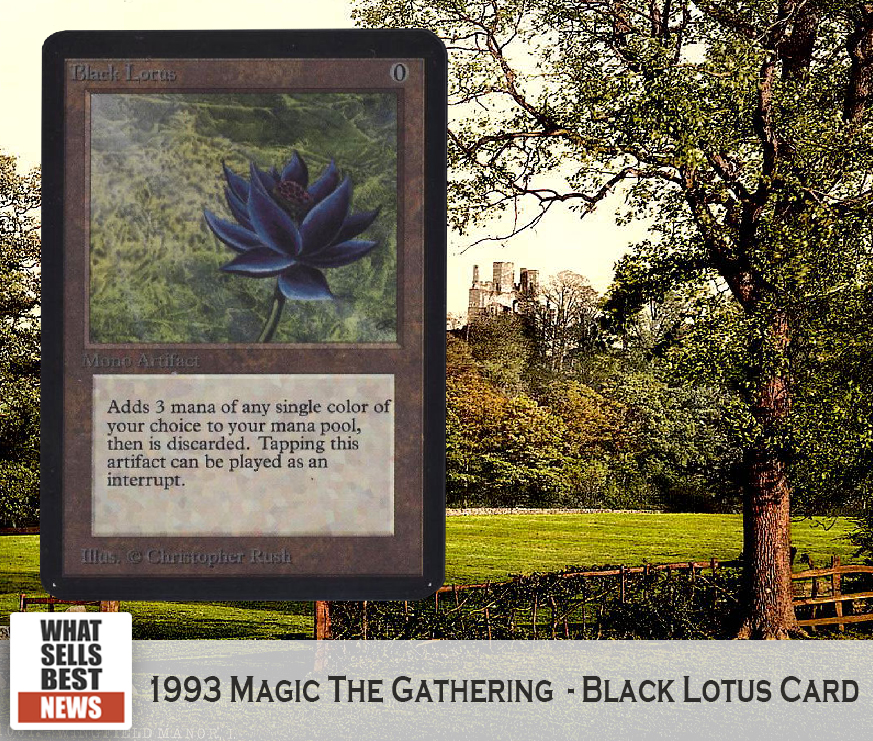 The card was graded 9.5 Gem Mint by Beckett.

Black Lotus cards are considered to be the most valuable of MTG cards. The Alpha version had a limited printing of 1,100 making them extremely rare and highly sought by collectors.

As always, condition plays a major role in value. This card was graded 9.5 Gem Mint by Beckett, according to the sellers description in the eBay listing.

PWCC Auctions sold the card. They also sold the one last month, for $44,000. PWCC is a well-known consignment seller based in Lake Oswego, Oregon. They specialize in sports and game cards.


DO YOUR OWN RESEARCH