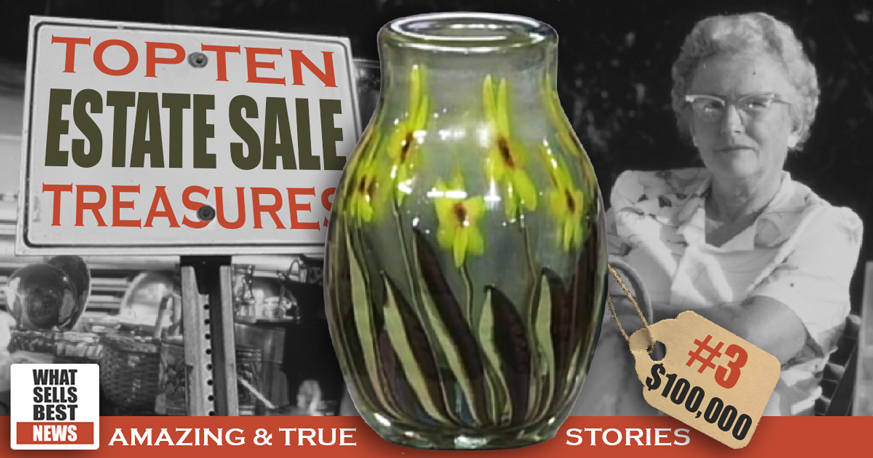 By the way - The list is meant to be illustrative, not comprehensive. And, there's actually 11 items on the top 10 list, because we kinda had a 3-way tie for 10th. You'll see why.

MALIBU, CALIFORNIA - A woman bought a jacket for $40 at an estate sale, worth up to $20,000 according to Antiques Roadshow. Because it was worn by Carroll O'Connor as Archie Bunker in the 1970s television sitcom 'All in the Family.'

PALM SPRINGS, CALIFORNIA - A young woman shopping at an estate sale bought an old steamer trunk for $25. Antiques Roadshow revealed it was a very rare trunk, by Hermès Paris, and valued it as high as $20,000.

DETROIT, MICHIGAN - A man found Marvin Gaye's 1964 Passport tucked away in an old 50¢ record he bought at an estate sale. Antiques Roadshow estimated the passport was worth up to $20,000.

DEVON, UK - By happenstance, a man picked up a decorative brass pot at an estate sale for a modest sum to use as a planter. The 'planter' was actually a rare Chinese censer from the Ming Dynasty, and fetched $30,000 (£23,000) at Bearnes Hampton & Littlewood. 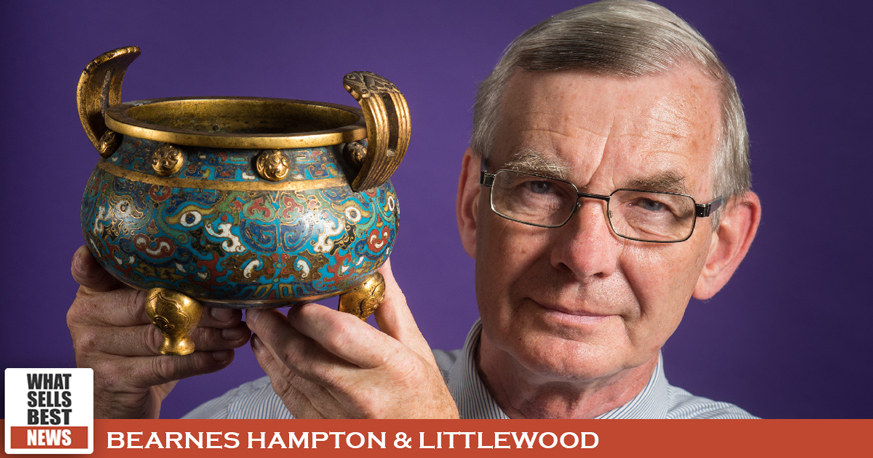 A feature story of the accidental discovery can be found on What Sells Best, here.

GRANTVILLE, PENNSYLVANIA - A man picked up an old book for $50 at his grandfathers estate sale. Antiques Roadshow appraised the book, published by Benjamin Franklin in 1732, for $40,000 at auction. 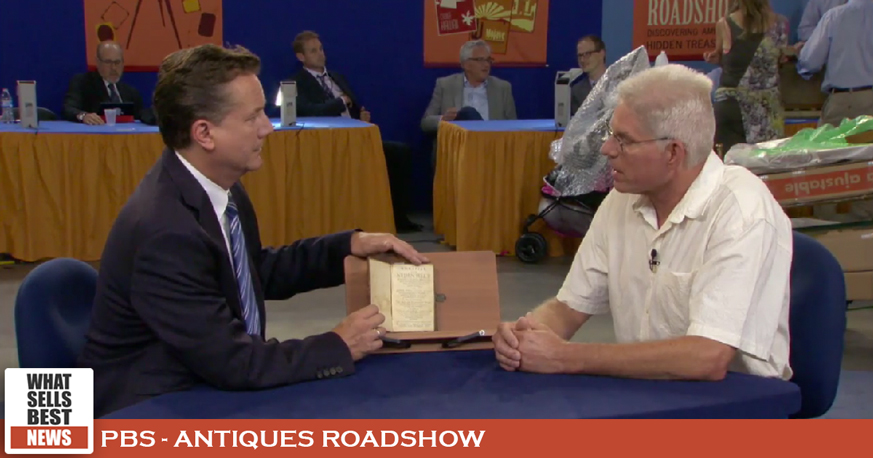 Hear the man tell the story of finding the book in his grandfather's estate sale, and learn more about the appraiser, by visiting Antiques Roadshow's site, here.

CHARLOTTE, NORTH CAROLINA - A woman found an old map of New York at an estate sale, and bought it for $50. The rare 1700’s map created by John Montresor was said to be used for intelligence work by the British military, during the 1776 Battle of New York, and valued up to $45,000, by Antiques Roadshow. 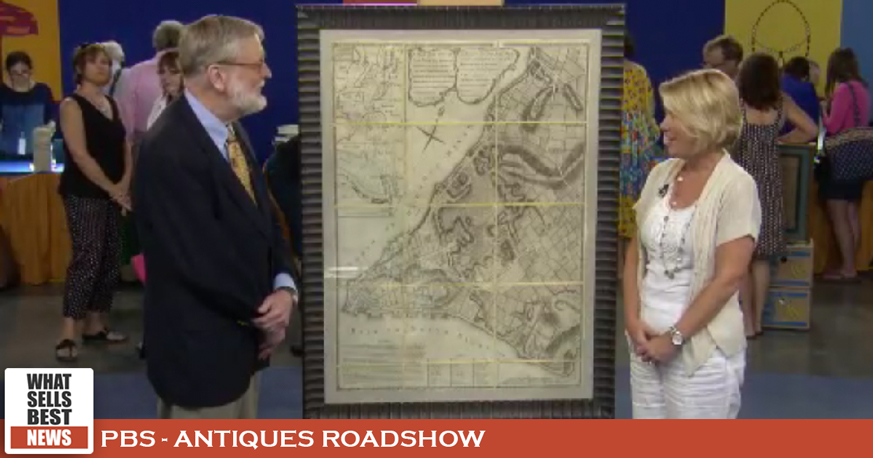 You can watch the appraisal, and learn more about the appraiser, on Antiques Roadshow's site, here.

LONDON, UK - A woman bought an old trunk from author Agatha Christie’s estate for only $160. Not knowing it had a locked box inside, which held jewelry and coins. According to The Telegraph, the jewelry fetched $64,000 (£50,000) in an auction at Bonhams. 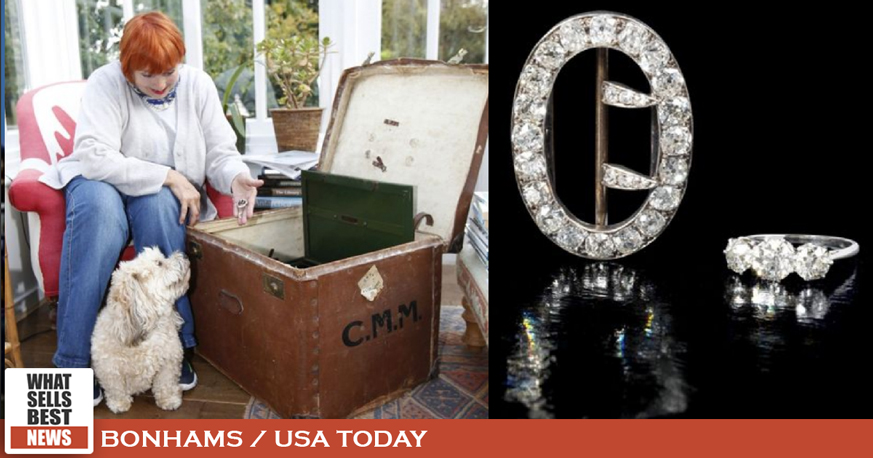 The trunk had been left locked and bolted for four years before the owner decided to open it. Read the full story by USA Today, here.

WASHINGTON D.C. - A painting of a young girl, bought by a man at an estate sale for $100 was identified by Antiques Roadshow as a 1925 oil painting by Philadelphia artist, Jessie Willcox Smith. They estimated its value as high as $75,000. 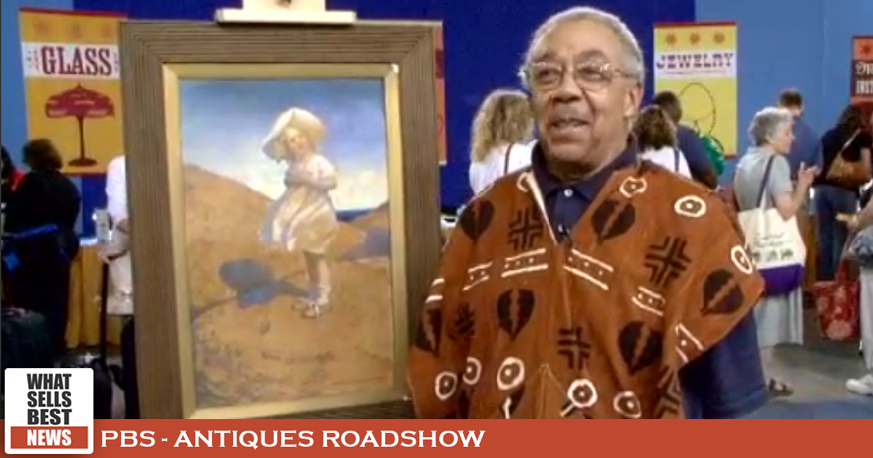 You can learn more about the painting, and the appraiser, on Antiques Roadshow's site, here.

NEW HAVEN, CONNECTICUT - A woman's parents went to an estate sale and bought a glass vase by Tiffany for a modest sum. Antiques Roadshow estimated the vase was worth up to $100,000.

NARRAGANSETT, RHODE ISLAND - A woman's grandmother picked up an antique game table at an estate sale for an unknown sum. The woman who inherited the table, used it for 20 years in her living room. Antiques Roadshow appraised the table as high as $350,000. 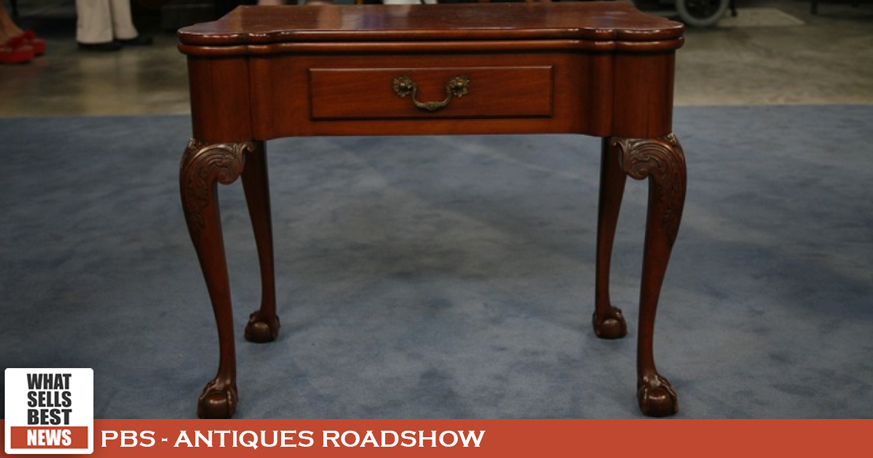 The Chesterfield table was likely made by cabinetmakers in the Philadelphia area, during the 1760s. You can learn more about the table, and the appraiser, on Antiques Roadshow's site, here.

LOUISIANA – A man gambled on a painting at an estate sale, paying $10,000. Because he thought the work was by a student of Leonardo da Vinci. However, experts discovered it was painted by da Vinci himself. The man reportedly sold the painting for $75-million in a private sale brokered by Sotheby's. However, that's just the beginning of this story.

The painting, named 'Salvator Mundi' which is Latin for Saviour of the World, was later put up for sale again at an auction at Christie's, where it fetched a record breaking $450 million. More on the story is told in this 2-minute video shared by Inside Edition. The full story can be found on What Sells Best, here.

Get email alerts when Newsworthy Treasures are found, or when we add to, or update, our free research tools, you can sign-up here.

Have friends or family members who may find this list interesting? Please share, by clicking the Green Share Button, bottom-right-side of this page. Doing so, helps us introduce you to even more treasures.

We welcome your suggestions if you know of resources that may be helpful for this list, or have ideas for another list.