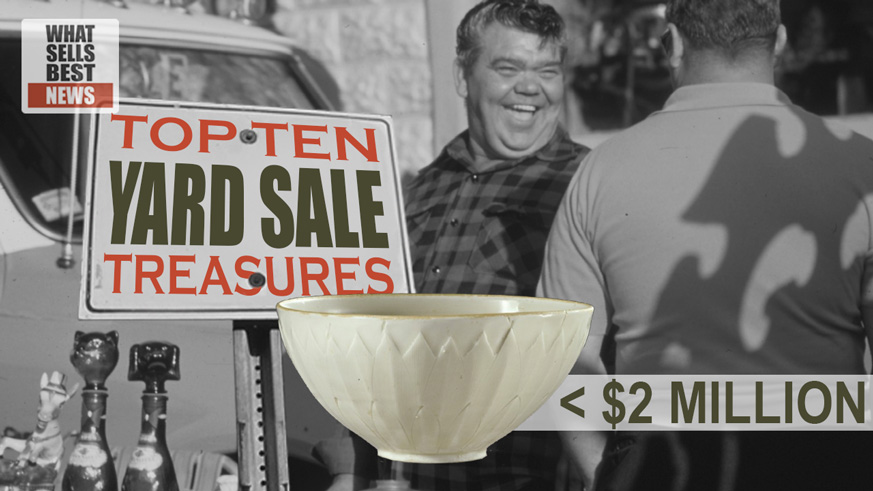 Top 10 Yard Sale Treasures consist of rare items bought at yard, garage, and rummage sales. The list is illustrative of the amazing finds we've reported, or followed in the news.

The extremely rare 1865 baseball card is featured in this 2-minute video shared by WMTW News. The story can also be read in the Times Colonist, here.

The man tells the story of finding the rare paintings by John F. Kensett (1816–1872), in this 2-minute video shared by Twin Cities Public Television. You can also see more on Antiques Roadshow's website, here.

The antique bronze Buddha, thought to be imperial quality made in the 15-century, can be seen in this 1-minute video produced by What Sells Best, or you can read our full story, here.

The woman shares her story of yard sale discovery in this 4-minute video shared by PBS. You can also learn more about it, on Antiques Roadshow's site, here.

The rare table, labeled by cabinetmakers John and Thomas Seymour (circa 1794) was featured in this 4-minute video shared by PBS. You can also learn more about it, and the sale, on Antiques Roadshow's site, here. 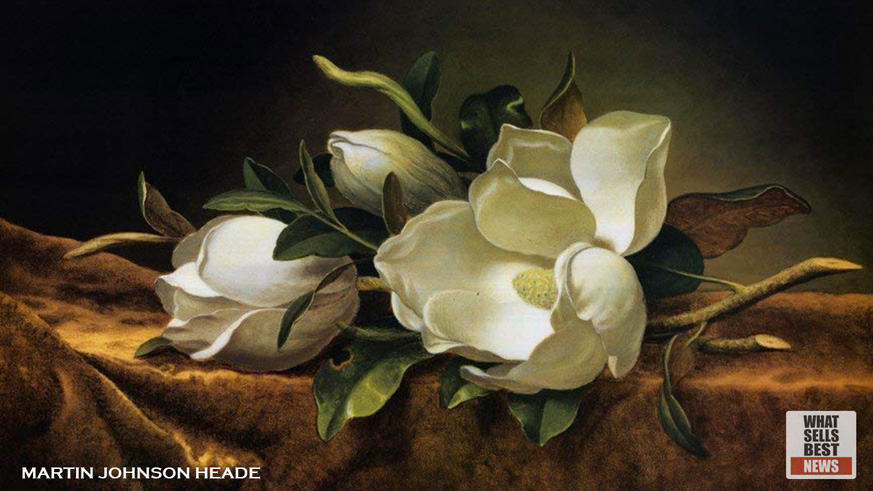 The painting, by Martin Johnson Heade (1819-1904) entitled 'Two Magnolias on Blue Plush,' can be read about in a story of another related Heade discovery, in the New York Times, here.

FLORIDA - An old porcelain vase picked up at a yard sale, for an undisclosed price, later fetched $1.2 million at auction. 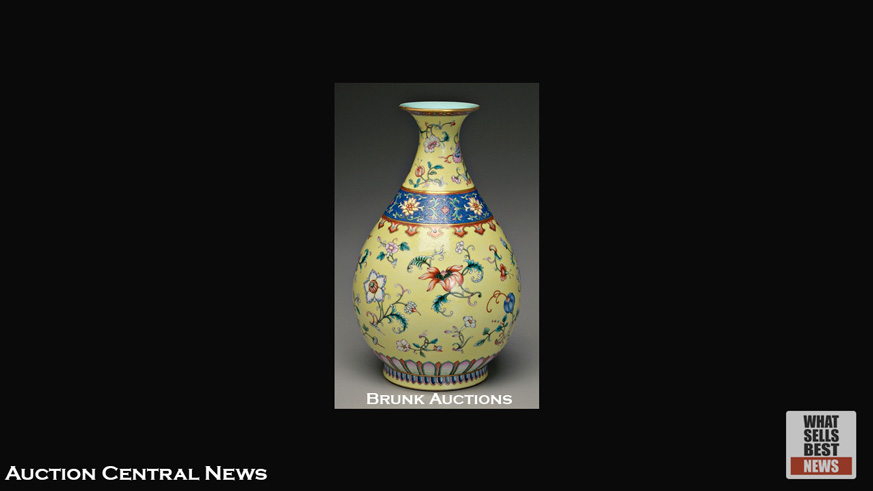 The vase, believed to be an extremely rare Chinese Imperial ceramic, was covered by Auction Central News, here, and in the Antique Trader, here.

LAS VEGAS, NEVADA - Andy Fields picked up several paintings at a garage sale for $5. He later found a sketch hidden behind one of the artworks while reframing it. Estimates for the sketch run as high as $2.1 Million. That's a *41,000,000% return on a $5 investment.

The sketch, by Andy Warhol (1928-1987), and Mr. Fields story about finding it, are in this 3-minute video by Channel 4 News. You can also read the story in the Toronto Star here.

The bowl, an extremely rare ceramic from the Northern Song Dynasty can be seen in this 2-minute video by ABC News, or read the story in the LA Times, here.

FRESNO, CALIFORNIA - Rick Norsigian bought two boxes of photo negatives at a garage sale for $45. Experts believe the collection is worth $200 Million. Making a *444,000,000% return from a $45 investment.

The photos, believed to be by Ansel Adams (1902-1984), are featured in this 1-minute video by WYFF News. You can also read the story on CNN here.

*All returns are simple calculations based on highest known sales price, or estimate. Additional cost, time and currency fluctuations are not been factored.